When I Was Brave–A Thanksgiving Past

Thanksgiving has long been my favorite holiday because there is nothing better than sitting down to a fabulous meal with my favorite people. This year, our family enjoyed a quiet holiday with only my mother and brother at our table (typically we are all in Pennsylvania with the extended family). Despite missing the chaotic party atmosphere I grew up with, I enjoyed the relaxed holiday. I also noticed my kids doing what I used to do as a teen during the holiday–namely, juggling their time with family, friends, and love interests. Watching them made me remember how much braver I was about love back then, too. How so, and what the heck does that have to do with Thanksgiving, you ask? Well, I’ll tell you…

When I was in tenth grade, I nursed a massive crush on a senior named Robbie (a soccer player with blond curls and great legs). 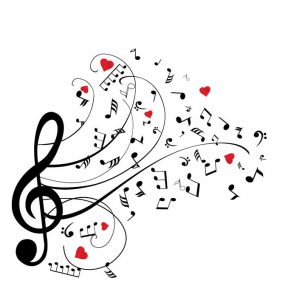 We ran in the same circles, but it was basically a one-sided “affair”–me with my heart on my sleeve, him always kind, but not really “into” me. Before he left for college, I wrote him a love song (of the unrequited type). It wasn’t very good, but I didn’t know it at the time, so I had a friend give it to him the day before he left for his freshman year of college. Just thinking about that bold move can still make me blush! And for those of you who’ve read Worth the Wait, you might recognize the similarity between this and Vivi’s note to David. 🙂 Yes, we writers do sometimes pull from our own experience when crafting a story.

Anyhow, I didn’t hear from Robbie or see him until Thanksgiving break. A mutual friend threw a party so all of the college kids who’d come home for the holiday could see each other and the high school friends they’d left behind. I knew Robbie would be there and desperately wanted to go to the party (held on Thanksgiving night). This resulted in a rare argument with my mother, who wanted me to stay at home all night to hang out with the distant cousins who were visiting. I whined because I’d been visiting with them since two o’clock, so surely leaving at nine-thirty for the party wasn’t horrible. I’d also pointed out that all the other parents were obviously letting their kids go out or there wouldn’t be a party to begin with. You can imagine how well that went over. My mother insisted “family first,” but ultimately relented to my petulance. Maturity now tells me how wrong I was, but I honestly can’t regret it because…

Robbie was at the party, as I knew he would be.

When I showed up, he pulled me aside, whipped out his wallet, and retrieved my song (which he’d tucked away in there). He told me it was the nicest thing anyone had ever given him. It didn’t make him fall madly in love with me (LOL), but I pretty much floated around the party that night, knowing that my gesture meant enough that he’d kept it in his wallet.

Anyway, because of that Thanksgiving surprise, I continued to be that brave about my feelings for a few more years, making grand gestures from Pittsburgh to New Orleans. Sadly, not all boys were as kind as Robbie, and gradually the walls went up around my heart. I can’t honestly say that I’ve ever been quite as bold with my feelings as I once was, but it makes me wonder if any of us can ever be truly brave about love after getting badly burned. 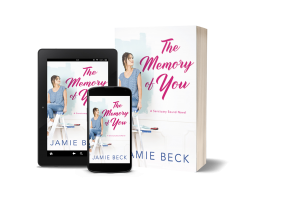 My newest book, The Memory Of You, involves three reunited high school friends who need to mend a rift, and a pair of ex-sweethearts who aren’t quite done with each other despite their broken hearts. It’s been fun to explore the push-pull of how much we change from our teens to adulthood versus how much remains the same. In any case, this holiday I’m very grateful for all my blessings, including all of you who give me this career I love!