Friendship, Trauma, and Happy Ever Afters

Next month I launch the Sanctuary Sound novels, a heartwarming series flush with romance, hope, and the unbreakable spirit of true friendship. It centers on three women who were the best of friends…until life made other plans. Now in their thirties, Steffi, Claire, and Peyton reconnect in their sleepy seaside hometown to repair broken bonds and make peace with the past as they each wrestle with the uncertainty of the future. 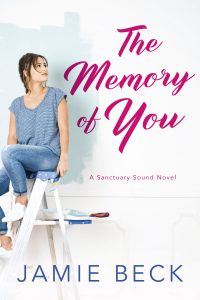 As the book’s preface describes, the idea for this series came about after watching the news following the devastating explosion at a concert in England. That event got me to thinking about how different people process trauma, which ultimately led to exploring how the heroines in this series confront and move past their ordeals.

The first book, THE MEMORY OF YOU, is also a first love, second-chances love story. While its heroine, Steffi, did suffer a sexual assault months before the story opens, I don’t dive deep into the gritty details, but rather focus on how it affected her memory and now affects her burgeoning relationship with the hero. Steffi is also in the middle of a major friendship rift between her besties, so she’s got a lot on her plate.

Because the series arc follows the ups and downs of lifelong friendships, I’ve dedicated the first book to one of my oldest friends, Joanna (pictured here with me, circa 1982). 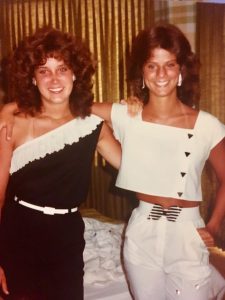 There is something special about a nearly forty-year-long friendship. She and I grew up in a suburb of Pittsburgh and, throughout the course of our lives, only went through one rough patch in our twenties, the details of which are inconsequential. Miraculously, we both ended up in the same small town in Connecticut in our young thirties and live less than a mile apart. We’ve got two kids in the same grade, and are still extremely close friends. That is a roundabout way of saying that I’ve lived long enough to know the value of a true friend, and this and other longstanding friendships provided the foundation for creating the Lilac Lane League (the name the series’ triumvirate gave itself in middle school).

I hope readers will walk away from this book and series with the belief that love and friendship, when coupled with compassion and forgiveness, can overcome everything.

Stefanie Lockwood can repair anything, except her heart—that’s still recovering.

Steffi Lockwood has survived more than most. Now left with puzzling memory lapses following an assault, she returns to her coastal Connecticut hometown to rebuild her life the best way she knows how: with her hands. But starting a remodeling business with one longtime friend puts her in the middle of a rift with another. Worse, being hired by her ex-boyfriend’s mother forces her to confront old regrets.

Public defender Ryan Quinn wasn’t shocked when his wife left him, but he was floored when she abandoned their daughter. With his finances up in the air, the newly single dad returns to his childhood home in Sanctuary Sound. The last person he expects, or wants, to see working on his family house is Steffi Lockwood—his first love who shattered his heart.

Although Steffi and Ryan are different people now, dormant feelings rekindle. But when Ryan’s concern for Steffi’s mental health prompts him to dig into her past for answers, will what he learns bring them together or tear them apart for good?