Unless you live under a rock, you’ve heard a little something about “Fake News.” Everybody from the President to your grandmother is talking about it. The problem is that the truth about legitimate journalism is being distorted by this oft-repeated sound bite that is continually misapplied to cover a broad array of concepts. As a writer who respects the power of language, this is deeply troubling. As a citizen who demands a free press, it is frightening. 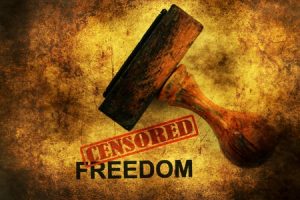 Regardless of whom you voted for, today’s barring of several major news organizations from a White House briefing should give you pause.

Fake News should be reserved for stories that are completely unfounded in fact and/or rely upon phony sources (which differ from anonymous sources).

Biased Reporting should be used to describe articles that are based on facts but written with a slant toward a particular opinion.

The protection of “Anonymous Sources” is vital to a free press, with few legal exceptions. This concept allows whistleblowers (like Deep Throat) to come forward with legitimate information without fear of reprisal. Using an anonymous source does not constitute “Fake News” absent unethical behavior by the journalist and editor of a particular media outlet. Most long-standing, legitimate news organizations have very strict rules about using such sources. See, for example, NPR’s, the New York Times’s, and Reuters’ rules about using such sources.

The current administration’s attempt to discredit and censor news outlets that heavily scrutinize it just because those outlets occasionally use anonymous sources to get at the truth signals an attempt to control which news we have access to read or hear. It demonstrates a desire to manage information and messaging so that it can do as it pleases while keeping us ignorant. It feels like an attempt to indoctrinate us so that it can broaden its power and reach without being questioned and checked. 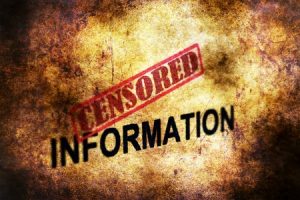 The lack of willingness for transparency is unprecedented. Every single prior administration has dealt with the same reporting and biases (from one side or the other) of long-standing media outlets, yet managed to have faith in the American people to sort fact from fiction and form their own opinions.

For me, when a President attempts to shut down the free press, it sends up a huge red flag. What is he hiding? If he’s so righteous, and his policies and actions above reproach, then why not allow all the press in to see and report it? The irony of Trump enjoying campaign help from the very kinds of leaks and sources he now wants to quash is not lost, either.

We don’t have to agree on policy or be affiliated with the same party in order to agree, at a minimum, on the necessity of a free press to protect a vibrant democracy and exchange of ideas. 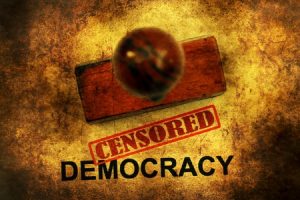 So please, the next time you read or hear the term “Fake News,” stop and question whether it is actually fake or merely biased. Even if you support Trump and his agenda, demand that all legitimate investigative media be invited to the White House, if for no other reason than to preserve democracy. Those of you who support the conservative agenda will want this fairness when Democrats are in control one day (and, as we all know, the pendulum swings back and forth with regularity).

Do not let one small group of men determine where you get your information. Let your voice be heard now or risk being silenced.