What Makes A Hero?

At first blush, it might seem impossible to discover a link between the atrocities of 9/11 and romance writing.  In fact, it may even be deemed inappropriate and distasteful, especially on the anniversary of the tragedy, and for that, I apologize.  I acknowledge a majority of memories and images from that day were gruesome and devastating, and intend no disrespect to the victims and their families by offering this post.  Yet, there were also the awe-inspiring acts of courage and love that day (and thereafter) that showcased the best side of humanity…the heroic side.  Heroes are central to romance writing, and therein is the link. 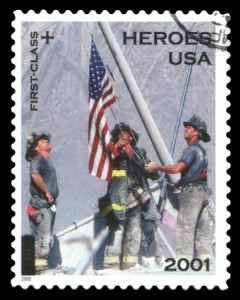 In the “story” of 9/11, the roles of the villains and heroes are easily identified.  The villains include the heinous, cowardly terrorists (and their supporters), who heartlessly destroyed thousands of families’ lives and, in many ways, much of the freedom we valued in America.  The heroes include the first-responders, the brave passengers of United Airlines Flight 93, the family members of the victims who united to turn grief into civic action for peace, and those men and women in the armed forces who battle overseas to defend our nation.

But in everyday life, what makes someone heroic?  This topic is perhaps one of the most significant questions a romance writer must answer.  Unlike 9/11, identifying heroism isn’t always clear-cut, and is often subjective.

Many popular contemporary romance stories encourage us to believe heroes are twenty-something billionaire tycoons with specific sexual proclivities and dominating personalities masquerading as “protectiveness.”  Sweeter romances will offer the everyday man as a hero.  He will fervently love his heroine, and his flaws, if any, will be minimal.  Why?  Because that, apparently, is what sells best, and writing is a business.

But I wonder if writers and editors are cheating the reader out of a more interesting experience.  What if the hero isn’t always swoon-worthy?  Let’s face it, people are multifaceted and, throughout the course of life, make good and bad decisions.  Must fictional heroes be so much more enlightened than real people?  Can a reader can root for a seriously flawed hero?

For example, if a recovering drug addict serves time in prison for killing someone during a drug-deal gone bad, then exits prison and dedicates his life to saving others, including the heroine’s teen son who got mixed up with a bad crowd, might that former addict-murderer be a hero to that mother?  Wouldn’t the complexities of his history and choices make him more interesting and compelling, not less?  Or perhaps a less extreme example would work.  A female doctor regrets cheating on her husband, especially after he is diagnosed with a terminal illness, so she spends their following years together showering him with affection and fighting for a cure.  Might she be heroic despite her selfish act?  I think both of these tales, if told well, have the potential to be memorable love stories.

Of course, I understand a romance reader wants to be swept off her feet by the hero.  And it is certainly easier to convince your reader to fall in love with a handsome fantasy man than with a flawed realistic one.  But I’d love to believe there is room for both kinds of heroes on the shelves (or on your ereader).

What do you think?  Do you want the fantasy, the flawed, or both?