The “Roots of Violence”

The Roots of Violence: wealth without work, pleasure without conscience, knowledge without character, commerce without morality, science without humanity, worship without sacrifice, politics without principles.” ~ Mahatma Gandhi

As my most recent post states, three nights ago I watched a group of children take the stage and raise their voices in memoriam of the victims of the tragic mass shooting in Newtown, Connecticut.  Although there were teary moments during that benefit concert, the overall message had been one of hope and love and peace.

Tonight, almost exactly four months following the Sandy Hook massacre, we are living through the aftermath of yet another senseless act of violence unfolding in the streets of Boston.  As of this moment, we don’t have any specific information about who may be responsible for this latest killing spree.  We do know that more than one hundred are injured, and three people are dead, including an eight-year-old child. 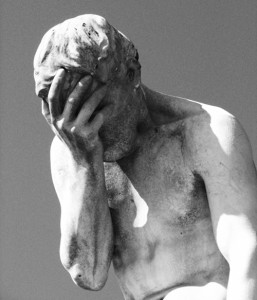 Experts and political lobbyists continue arguing about guns, health care/mental health, our toxic culture, and so on, as they look to assign blame and craft new laws to prevent future catastrophes.  But somehow, despite all of the posturing, studies, and other calls for action, we are no safer from either foreign terrorists or the home-grown variety.  Society reacts to an event by creating safeguards to prevent that same event from recurring, but it cannot accurately predict what the next disaster will be or where it will take place.

When I read the Ghandi quote at the top of the page, I think the most frightening truth might simply be that we will never be able to stop violence.  Off the top of my head, I can identify many of the “roots of violence” evident in our own culture: the overpaid reality television stars, the Bernie Madoff’s and other criminal C.E.O.’s of the past decade, the pervasive cheating found in high schools and colleges across the country, the confusing and ineffective healthcare system, and the many politicians who’ve been forced to resign in shame.

I don’t want to preach, nor can I offer any communal solutions.  Many much smarter and more eloquent than I can take up those tasks.  The best I can do is promise not to personally contribute to seven roots of violence, and to teach my children to live by a set of principles that values hard work over wealth, conscience over pleasure, and character embedded in morality, sacrifice, and love for all humanity.

It’s a tall order, especially when so many more exciting sources encourage an “ends justifies the means” mentality.  Perhaps if enough of us remain committed to this task, the next generation might live to see a reduction in the rate and scope of pointless violence.

But for tonight, as I head to bed, my deepest sympathies are with the friends and families of the victims of this afternoon’s atrocity.

Unable are the loved to die.  For love is immortality.  ~Emily Dickinson