The Pros and Cons of Too Much Sex

First, I know what you’re thinking.  Can a person have too much sex?   Apparently, yes, it might be possible to max out on orgasms!   At this point, you’re either seriously bummed, or secretly relieved.  Don’t worry, I won’t ask you to confess which was your first reaction, if you don’t ask why I decided this particular photo was perfect for this post!  😉 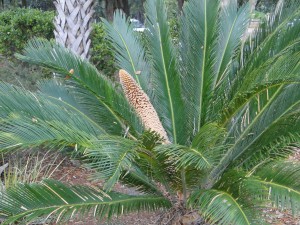 So here’s the scoop on sex according to an article in Psychology Today.  Regular sex and orgasms have plenty of serious health benefits, such as curing insomnia, relieving pain, and reducing the risk of cancer, heart disease, Type 2 diabetes, depression, high blood pressure, and bladder problems, among other things.  Sounds like a magic cure-all, right?  Its benefits are mostly due to the aerobic component of the activity and its stress-relieving effects.

Now you’re scratching your head and thinking, “that sounds like something I should be doing twice a day, everyday…like brushing my teeth.”  But apparently there really might be too much of a good thing when it comes to the Big O.

A University of Pennsylvania study found that having sex twice per week bumped up germ-fighting antibodies by 30%, but engaging in sex 3-4 times each week eliminated the improvement because an excess of an important peptide released during orgasm can actually act as an immunosuppressant.

Another study of men showed that those who ejaculate less then three or more than twenty-one times per month have much lower risk of prostate cancer than those who fall in the middle.  Something to keep in mind when you’re deciding whether or not you’re in the mood…

Bottom line, there is no perfect amount of sex prescribed for optimal benefits without the negative side effects.  It seems the old adage “moderation in all things” probably applies to sex, too.  But in case you are wondering what the typical American adult sex life looks like, here are some statistics:

Since I’m twenty years past my prime (according to these stats), I prefer to focus on the quality of sex rather than the quantity.  Let’s face it, “obligatory” sex isn’t really good for anyone – ever!   I wonder if there are any studies about THAT?!