Another new year, another round of resolutions. I’m not even going to list them because, if history predicts the future, chances are good that I won’t keep them for more than about five months. *sighs* Temptation–to eat that sweet, to nap instead of hitting the gym, to watch TV instead of purging the closets–usually wins out. Although I hate to admit it, I am weak! There, I said it, and I’m not going to skulk away in shame. 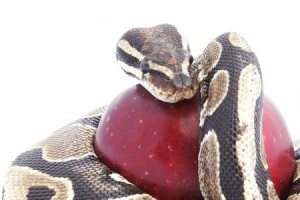 All kidding aside, I do spend a lot of time thinking about temptation. Polite society tends to cast it in a bad light, making it a boogeyman that steers a corrupt person off course. But as a writer, temptation has a purpose: it is a material part of the push-pull of any good character arc. The more direct the conflict between what a character believes is right and what s/he wants, the better the story tension, and the faster a reader should want to turn those pages.

Sometimes I’ll use a story to tease out my position on a personal conflict, other times I’ll borrow from a friend’s or relative’s experience. In all cases, exploring every side of an issue/argument is my favorite part of building any character and any story.

It isn’t always pretty, and my characters aren’t always “heroic.” That’s intentional. Frankly, most of us mere mortals are flawed and make bad choices now and then. We hurt others, we self-preserve, we justify.

What I love about writing is trying to take a flawed character and redeem him or her. I think such a character’s journey to redemption is irresistible to we flawed readers because, if he or she can acknowledge a mistake and do better–can earn forgiveness, love, and respect after a major misstep–than so can we.

When viewed in this way, temptation serves a vital function in fiction and in personal growth.

Do you feel the same, or do you view temptation in black-and-white terms and become unable to root for a character who has crossed that line?