Some “backstory” on my new release!

Although I originally wrote this post for a release-week blog tour set up by my publisher, I think it deserves to be posted on my own blog, too–so enjoy! 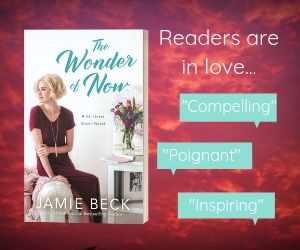 Throughout my career, I’ve loved the challenge of redeeming a character that might be hard to like, much less love. In Peyton, I took on a particular challenge, because most of my readers are women, and most women don’t forgive a friend who betrays them for a man. This setup made redeeming Peyton a singular challenge and begs two questions: who is Peyton, and why should you care about what happens to her?

Peyton Prescott is part of a legendary literary family owing to her great-grandfather’s prolific career as a celebrated novelist. The casual observer would say she’s grown up in a mansion by the sea and enjoyed every privilege (wealth, beauty, wit). But life in Arcadia House wasn’t as picture-perfect as her family would have the public believe, and emotionally distant parents didn’t exactly model warmth or instill a sense of deep love and acceptance. She spent her twenties living out of suitcases and blogging about her travels, then had the misfortune of falling for her childhood friend’s boyfriend, who dumped that friend for Peyton…until she got diagnosed with breast cancer, at which point he dumped her, too.

Facing her mortality alone forced her to take a hard look at her life and her choices, spurring a sincere desire to become a better person, and to make amends with the friend she betrayed. Although she gets diagnosed in the first book in this series, and begins to make amends in the second, this final book is when all the threads come together. She and her famed-photographer brother recorded her journey from diagnosis through her final surgeries, collaborating on a memoir that is about to release (the proceeds of which will be donated to cancer research). Of course, at this point in time she’s more interested in moving on with her life than with reliving the experience with cancer and sharing those intimacies in public forums. Her attitude puts her in direct opposition to the publicist, Mitch, who is counting on her becoming his fledgling company’s big hit.

Despite Peyton’s flaws, of which she is well-aware, she also has strengths that draw people to her. She’s self-deprecating, witty, brave, beautiful, and empathetic. She now also has a heightened appreciation for living in the moment and not taking any day for granted—something the goal-oriented Mitch must learn to do. Although he has very good reasons for being disciplined and focused on his ambitions, he is instantly drawn to her energetic spirit and zest for life.

I confess that I struggled while writing this book, but it ended up becoming my favorite to date. Not just because I loved rising to the challenge I’d set up, but also because Peyton’s musings, fears, and hopes go to the heart of what connects us all, and because I think I gave her the perfect man to help her complete her much-needed personal growth arc. But you can be the judge!

10% of release week and preorder proceeds will be donated to the National Breast Cancer Foundation, so pick it up today at AMAZON or BARNES & NOBLE!