Does the phrase “I can’t do anything about it” sound familiar to you?  I know I’ve heard (and said) it many times throughout my life.  It’s easy to say, and easier to believe.  After all, the world is huge, and one person’s life and influence seems rather insignificant and powerless in the face of it all. 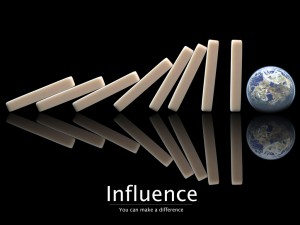 But then I read stories about how a single person made a huge difference and positively impacted millions of people.  Need examples?  How about Jack Andraka, the Maryland high school student who became inspired to invent a screening test for pancreatic cancer after losing a close family friend to the disease?  Working essentially on his own, with initial resources like Google and Wikipedia, he sought grants, secured an internship with Johns Hopkins University, and developed a pancreatic cancer test similar to a pap smear.  Or Brad Katsuyama, the young RBC executive who noticed the so-called stock scalping being done by certain high frequency trading, and instead of ignoring it, he alerted others, found solutions, and started a new stock exchange (IEX) impervious to such antics.

Most of us will never achieve anything nearly as spectacular as these two young men.  But we do have the power to effect change within our families, our communities, and beyond.  It begins with believing in yourself, in your ability to find solutions, and in your ability to persuade others to join your cause, if necessary.

Moral conviction.  Passion.  Intellectual curiosity.  Ambition.  These traits do not belong to a select few.  We are all born with these gifts.  Don’t be afraid to unleash them, or to fail the first time you try to make a difference.

Imagine a world where people who thought “Nothin’ I can do about it” stopped and thought again.  Imagine yourself a soldier in an army of optimists where each small step could lead somewhere wonderfully unexpected and life-changing (for yourself and others).  Imagine looking back over your life and seeing a thousand examples (some big, most small) in which you left your mark.

Are you pumped up?  I am, but I think I’ll start small—take a page from Michael Jackson’s Man in the Mirror and first change those things about myself I don’t like.

How about you?  Where can you make a difference?