I read a recent article by sex and couples therapist, Stephen Snyder, M.D., entitled Sex in the Second Half of Life.  In it, the author explores whether or not Miss Cyrus’s statement – that sex basically ends after forty – is myth or fact. 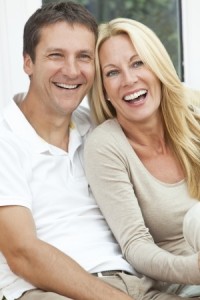 Those of us in the forty-plus demographic probably have varying opinions on the topic, but I was curious about the experts’ opinions.  I’ll admit this is something I think about often.  Yes, my friends and I joke about the differences we notice in our sex lives now versus twenty years ago (before we had children).  But the real reason I consider it with any frequency is because of my endeavors to write romance novels.

Most contemporary romance heroes and heroines are between twenty-five and thirty-five years old.  In the past eighteen months, a new subgenre dubbed “New Adult,” which lowers those ages to a range of eighteen to twenty-five, has emerged.  New Adult books are flying off the shelves faster than most other romance subgenres despite the fact the average romance reader tends to be a middle-aged woman.  If you look at popular television and movie romances, you’ll see a similar emphasis on younger couples (unless Jack Nicholson or Alec Baldwin is involved, apparently).  All this anecdotal evidence suggests consumers prefer reading or fantasizing about intense sexual relationships involving people well under forty.  Does this mean Miley is right?  Say it isn’t so…please!

Thankfully, Dr. Snyder offers a counterpoint.  Although acknowledging a change in sexual activity as we age and have children, he claims it stems from a subtle shift between needing sex and wanting it.  Apparently, we still want sex after forty, but we demand good sex with a rich emotional component.  Absent quality, we might prefer the other precious commodity of life – a good night’s sleep.

Dr. Snyder also suggests there is a relationship between your desire for sex later in life and the quality of your early sex life.  Obviously, the better your early sexual experiences, the more desire you’ll have later (and the better those encounters will be, too).

It’s heartening to confirm Miss Cyrus doesn’t know any more about sex than she seems to know about other important aspects of life.  However, for those younger readers out there wrestling with hormones, make sure you’re building a healthy relationship with sex (and with your partner) if you hope to enjoy it well beyond the ripe old age of – gasp – forty!