Yesterday I turned forty-nine (or seven squared, as my math geek friend noted). Basically, I’m almost at the mid-century mark, and very likely past the halfway point of my life, too. 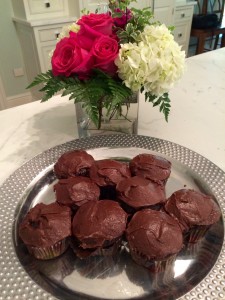 Naturally, it forces me to reflect on how wisely I’ve spent my time. I suppose, on paper, one might think I’ve accomplished quite a lot in my life. The resume reads pretty well: college, law school, M.B.A., law career, writing career. And the personal life is not too shabby either: marriage in its seventeenth year, two kids (no pets), close extended family relationships. Last but not least would be a decent list of avocations and hobbies, such as skiing, music, cooking, hiking, and so forth.

But that string of data is not reflective of whether I spent my time wisely. For example, those graduate degrees weren’t really my dream. At that point in my life, I still didn’t believe enough in my dream to pursue it, so I chose the safe, easily-defined (and “job will be waiting for you”) path. That’s not to say I didn’t learn a great deal that I can now use in my life, but had I died at twenty-eight, I surely would have had less personal satisfaction in my life than I do today.

I suppose that is a roundabout way of encouraging you to sit in a quiet space and get to know yourself. Figure out who you are and what excites you. Then go for it. Don’t wait for the right time. Don’t worry about what other people expect or think. Set attainable goals leading up to the end game, and then move forward, steadily ticking off those smaller items until you end up where you dreamed of being.

There will always be sacrifices, over-scheduling, and other loved ones who need attention. But those things don’t prevent you from reaching your goals, they merely slow you down (which really goes back to the idea of setting attainable benchmarks). Don’t let the “I’m too busy” mentality keep you from making the most of the days you are given to live.

I hope I’m here for another forty-nine years, but I’m going to act like it could all end tomorrow. That way I know I’m not taking anything for granted.

Before I sneak off to eat a few cupcakes, tell me one attainable goal you could reach by year-end if you made it important?