On September 1st, I sent out my first newsletter. It included a few fun things, like a recipe for pumpkin bread, some insider info about the town I used as the basis for the fictional setting of my upcoming release, Accidentally Hers, and a chance to (a) vote for a charity to which I’ll be donating ten percent of my first week’s proceeds, and (b) win a signed, early-release copy of the book. 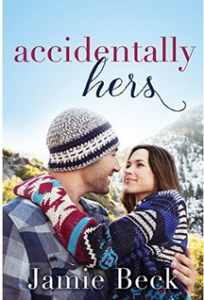 I’m thrilled to announce that CASA for Kids will be the recipient of my intended donation. I’ll admit, it was a very close race between CASA and Kids in Crisis. I would’ve been happy either way, but the fact that CASA was the charity I’d modeled “Child Advocacy Association” after (In the Cards) makes it a little special for me.

And, the winners of the book giveaway are Lori Raines and Julie Ayling! *applause* I’ll be sending those copies out right away.

If YOU want to help me raise money and awareness for CASA, please encourage fellow romance readers to pick up a copy of Accidentally Hers the week of its release! And if you want to have a chance to help me pick the charity I’ll make a donation to with the release of Worth the Trouble in February, make sure you sign up for my newsletter (see right-hand sidebar).

Finally, if I don’t say it enough, thanks so much for being part of my romance community. It’s brought me a lot of joy these past few years, and none of what I do would mean anything without each of you.