Feminist Perspectives with a Twist

In all honesty, I didn’t give much thought to feminist ideals when I was growing up in Western Pennsylvania in the 1970s. In some ways, my family was very “traditional.” Roman Catholic faith. Weekly Sunday dinners with the extended family. I played with dolls while my brother played with cars. My mother stayed at home to take care of us and the house (although she did help do some bookkeeping for my father’s various entrepreneurial ventures before their divorce). Most of the adult women I knew in the 70s were like my mom, or they were teachers or secretaries (sometimes a nurse). 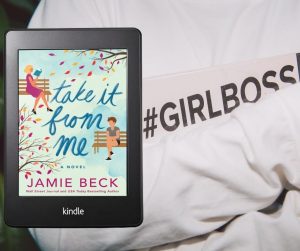 Yet my father was a dreamer who would rather miss one hundred pitches than never take that swing, so despite the generally conservative family take on gender roles, he encouraged me to aspire. To achieve. When I got to college, he encouraged me to get a dual graduate degree (law and masters in business) so that I’d always have a secure career and wouldn’t need to rely on a man. And so I simply went about my life without paying attention to the many ways in which women, on the whole, faced discrimination in our patriarchal society.

Even when I got my first job at a law firm, I didn’t take it personally when the elderly founding partner referred to me as “dear.” It seemed “normal” or natural that a man of his age would see me that way. But slowly I started to see the bigger picture: That only one female equity partner existed (this was 1991), and that no female lawyers were on the executive committee or the compensation committee. Hm, I thought. Maybe this “dear” thing actually is a bigger problem. And that doesn’t even begin to get into the sexual misconduct that existed in every firm I worked for.

Fast-forward several decades, and despite much progress (hooray that within my lifetime women can now borrow money and have credit cards without a man, or can divorce without needing to prove fault, and can pursue any degree, and so on), there are still obstacles, not the least of which is that so many women still don’t fully see the problem. Like me with that elderly partner, they simply accept certain “truths” about women’s rights and roles as well as men’s entitled attitudes and behaviors. Some even value certain traits in men (ambition, decisiveness, candor) that they dislike in women and label with less kind adjectives like greedy, selfish, and abrasive. We frequently hear discussions about rape accusations framed with this concern about “not ruining the boy’s life,” as if the victim’s lifelong suffering and psychological damage is somehow less important. Some even look for ways to blame the woman for the man’s inability to control his behavior.

Even in fiction, I’ve noticed a pattern of female readers being much less forgiving of a female character’s flaws than of a male character’s flaws. It’s an interesting phenomenon, and I can’t even say that I don’t sometimes find myself lapsing into those judgments about characters. Old habits and all that… The difference is that, when I catch myself, I think about why and I get angry at myself and at society for conditioning me to limit my own gender.

I wanted to explore this dynamic a bit in my upcoming book, TAKE IT FROM ME. Harper is a thirty-something unapologetic feminist who is quick to point out all the ways her family and society have held women to a different standard than men. Wendy is a near-fifty-year-old conventional woman who isn’t quite sure what to make of Harper, or if seeing herself and her world differently is a good or bad thing. In the end, these women each have a profound impact on the other’s point of view, chiefly because they are willing (eventually) to listen to each other and consider an opposing opinion.

Personally, I believe that equality means every woman gets to choose for herself who she wants to be. If being at home to raise your kids is your jam, go for it (I did for a decade). If pursuing a career is your main goal, best of luck with that! If you want to try to have both a family and a kick-butt career, go for it (I’m trying!). Be bold. Own your power. Make your life as big as you can. The only thing women shouldn’t do is judge each other. Instead, let’s band together to make sure that men don’t continue to control our access to opportunities, our legal remedies, and our health and welfare.