One of my favorite things about fall is the return of television dramas! Granted, there aren’t as many these days thanks to reality TV competition shows and one thousand versions of NCIS, but still, there are a few.

My favorite? Well, I have several because each hits a different yet equally important entertainment note for me. 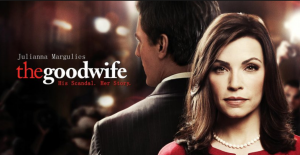 Let’s start with straight-up high stakes drama that mingles career gamesmanship with friend and family dilemmas. If you’re looking for these kinds of stories, I don’t think another show is as well written and acted as The Good Wife. I’m not even sure what season its in (7?), but the characters are so well-rounded and layered (as are the story lines), I hope it continues for some time to come. I’m still mourning Will’s death, but so far this season is proving to be interesting. And the new investigator is easy on the eyes, too! 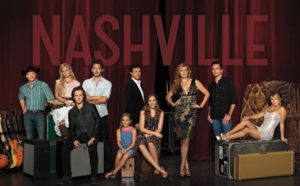 Then there is the all-out fun melodrama of Nashville. Holy cow, this show makes me smile, tap my foot, get pissed off, and it can also be quite sexy at times. I don’t even love country music, but as a life-long lover of soap operas, this show takes me back to the days of Dallas and Knots Landing. Lately, anything that makes me feel young again is a good thing! 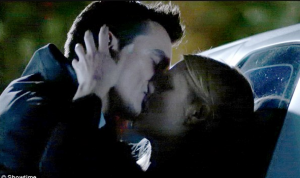 Ok, so we’ve covered serious drama and the over-the-top kind, so let’s turn to the terrifying! No, I’m not talking about American Horror Story, I’m talking about Homeland. I know, I know…this show gets its fair share of criticism for being unrealistic. But guess what? I don’t care. I don’t watch fictional shows for accuracy (I’d watch the History Channel for that). If it seems plausible and is well acted, it’s good enough for me. The early seasons of this show were ‘edge of my seat’ nerve-wracking. I think it lost its way a bit in season 3, but 4 was awesome, and as far I can tell, season 5 is building toward something shocking. Meanwhile, I’ve waited years for Carrie and Quinn to get together. We got this kiss at the end of last season, but then they were split apart. I’m hoping that situation is rectified by the end of this season.

Finally, the “comfort food” of TV drama, Grey’s Anatomy. How many years has this show aired? 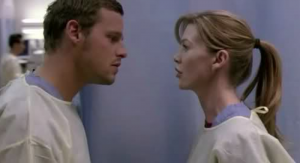 I think this is its 12th season. Say what you will about that, but nothing lasts 12 seasons because it sucks. I have no idea how the show will finally end, but I hope (fingers crossed) that it ends with Meredith and Alex together. If McDreamy were alive, I’d never want it, but with him gone, I think there is something special–something beyond friendship–with the two damaged souls that are Meredith and Alex. We’ll see if I get what I want.

What’s one of your favorite shows, and why do you love it?