4 Things I Learned from U2

Last night I went to see U2 play at Madison Square Garden. Whether or not one is a fan of the band, it is impossible to be unimpressed by its nearly four decades-long career. Few artists in history have been able to sustain relevance over that span of time. And unlike so many other musicians today, who churn out meaningless songs about sex, clubs, and partying, U2’s success is built on soul-stirring lyrics about love, hate, injustice, faith, and politics—about the human condition. 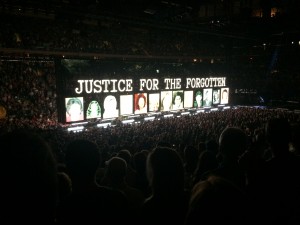 As I stood dancing among a sea of people, it occurred to me that I could learn a lot from U2’s example.

Ultimately, I have to thank U2 for not only delivering the goods last night on stage with their music, but also for inspiring me to take a fresh look at my life and the world around me.

I hope I’ve passed along a bit of that inspiration to you.